Home » Blog » Mongolia and Kyrgyzstan lose out in their struggle… 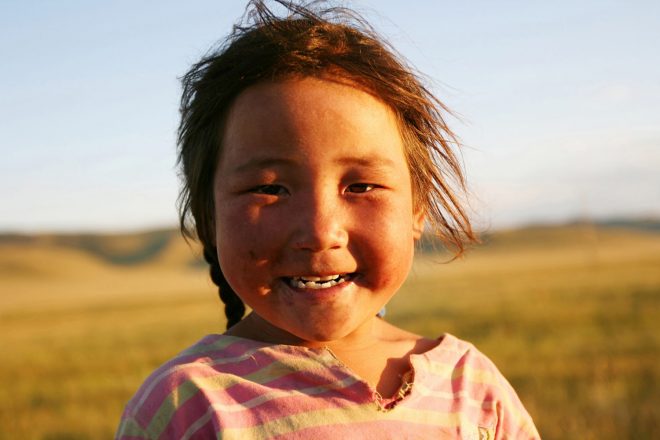 All those supporting inclusive social protection will be sad to hear that, in the past couple of months, Kyrgyzstan and Mongolia have both lost out to the International Monetary Fund in their struggles to establish universal child benefits. The IMF has obliged both countries to target their schemes at those living in poverty, thereby substantially reducing their effectiveness. Below, I outline a brief summary of the latest events, writes Stephen Kidd.

Mongolia first introduced its universal child benefit – the Child Money programme – in 2006. Since then, it has constantly had to fight against pressures from international agencies to either abolish or target the scheme (see Kidd 2015, page 9). The Child Money programme has been very effective, reaching around 99 per cent of children who have received US$10 per month at a cost of only 1.4 per cent of GDP.

For the past year or so, the IMF and its allies have, once again, been exerting considerable pressure on Mongolia to target the Child Money programme, making targeting a condition – or, as they say, “a structural benchmark” – for the disbursement of loans from a range of development ‘partners’ [1]. These loans are considerable and include a US$425 million Extended Loan Facility from the IMF itself alongside US$100 million from the Asian Development Bank, US$120 million from the World Bank and US$280 million from Japan.

In early 2017, the IMF demanded that the Government of Mongolia target the Child Money programme to the poorest 40 per cent of households [2]. While it appears that the Government initially agreed to this demand, in July 2017 – following an encouraging increase in government revenues – the Mongolian Cabinet decided to re-introduce universal coverage. A key reason was its recognition that the introduction of targeting was unpopular with citizens. As the Mongolian Government stated in a letter to Christine Lagarde: “Given widespread dissatisfaction with the ambitious and rapid move to targeting of benefits we had undertaken, we decided to use our substantial revenue over-performance to suspend the targeting and provide benefits to all children, regardless of income level [3]”. Furthermore, the Government argued that many families were facing significant financial pressures and were in real need of support from the Child Money benefit.

The IMF and its partners were not convinced and continued to put pressure on Mongolia to target, withholding the disbursement of the promised loans. Apparently, the targeting of the Child Money programme was the only condition that Mongolia had not complied with but, nonetheless, the IMF was insistent. Mongolia tried to compromise on 80 per cent coverage of children, but this was not accepted.  Eventually, it was agreed that the programme would be targeted at 60 per cent of children and the targeting commenced in January 2018. As a result, the IMF, ADB, World Bank and Japan released the funds from their loans.

The IMF would probably argue that it is not reducing overall spending on social protection, since the savings from the Child Money programme will go into a food stamp scheme for the poorest families. Indeed, it argues that the Child Money programme will be “better-targeted” once it is given to only 60 per cent of families [4]. Yet, as any student of social protection should know, accurate poverty-targeting is impossible and that the most effective means of reaching those living in poverty is via universal schemes (see Kidd et al 2017). The result of the IMF’s intervention will, therefore, be that many of Mongolia’s poorest families will miss out on both the Child Money and food stamp programmes: overall, over 400,000 children will now be denied income support. As Nick Freeland has explained, the reintroduction of targeting is an example of the Social Protection Flaw  promoted by neo-liberals, rather than the Social Protection Floor that has been agreed by all countries at the United Nations.

The widespread unpopularity of targeting in Mongolia will be a threat to the stability of the Government. As has happened in other countries, as a result of being forced to target the poor, the Government’s popularity will be hit. Indeed, it may lose the next election since any sensible opposition will campaign on the basis of reintroducing universality. It is also highly likely that, as with other poverty-targeted benefits, due to the unpopularity of the schemes, over time the budgets and value of the transfers will fall, thereby further harming those living in poverty.

The Government of Mongolia has not given up on reintroducing a universal programme. In November 2017, it informed Christine Lagarde: “We will continue to review our social assistance programs with development partners including ADB and JICA, while maintaining full consensus on how best to increase the coverage and maximise the effectiveness of those programs [5].” Mongolia’s Executive Director to the IMF also declared: “The authorities would … like to discuss with staff and development partners the ongoing effectiveness of the Child Money program, which is being reduced in coverage to target 60 percent of children. Increasing poverty, and a 15 percent reduction in the average household income over two years, has put great pressure on families in Mongolia, and Child Money could provide a reliable source of income for families to ensure that basic needs can be met.”  These statements indicate that the Government of Mongolia understands the concept of effectiveness in targeting much better than its development ‘partners’.

There is, of course, the question of whether the IMF has exceeded its mandate. By its own admission, it has not asked Mongolia to reduce its spending on social protection so there is no impact on Mongolia’s macro-finances. Instead, the IMF has meddled in internal social policy decisions which go well beyond its remit. Ironically, Ms. Lagarde, on 31st January 2018 – after she had been informed about the IMF’s ‘success’ in Mongolia – stated: “We do need to recognise …. that the ultimate responsibility for taxation and spending measures rests with national governments and legislatures, and there are limits to how much the IMF can influence decisions that belong to the realm of the sovereign[6].” However, in the case of Mongolia, the IMF’s influence appears boundless (although it does help to be able to threaten countries by withholding loans).

Let us hope that the Government of Mongolia – and democracy – finally wins out in this ideological struggle with development partners that has been on-going for more than 10 years.

Readers of our blogs will know that Kyrgyzstan recently passed a law to introduce universal child benefits to replace the country’s ineffective poor relief scheme, the Monthly Benefit for Poor Families (MBPF). Analysis by the OECD (2017) had demonstrated that the proposed universal child benefits would be much more effective than the MBPF in both reaching the ‘poor’ and tackling poverty. Indeed, the MBPF – which uses a proxy means test to target recipients – has performed little better than random selection.

Little information is available on the process behind the Government of Kyrgyzstan’s decision to target its child benefits since the latest reports on the IMF’s missions to Kyrgyzstan have not yet been released. Nonetheless, we know that, between October 26th and November 8th 2017, the IMF visited Kyrgyzstan to undertake a review of its loan programme, the Extended Credit Facility (ECF). In the IMF’s own words: “The mission emphasised the importance of targeting as the most efficient and equitable way of utilising the limited resources of the social benefits program. In this context, the mission encouraged the authorities to explore ways to introduce targeting into the recently adopted universal child allowance law [7].” And, in a press release on 31st January 2018, the IMF triumphantly announced that the Government of Kyrgyzstan had agreed to ‘amend the law on universal child allowances to reintroduce targeting.’

We do not know what shape this targeting will take and the proportion of children to be excluded. We also are unaware whether the IMF used threats to withhold loans, as it did in Mongolia, or the extent to which it allied with other development ‘partners’ (although we know from informants that the targeting of the child benefits was supported by the World Bank). One thing we can guarantee, however, is that many of the poorest children will be denied access to much needed financial support given the very poor quality of the proxy means test in Kyrgyzstan.

Implications for the international community

So, what are the implications for the international community? It seems clear that the IMF and its partners are interfering in national policy discussions and using their power to influence decisions and subvert democracy. It is also worrying that the rest of the international community – including key UN agencies which purport to support inclusive social protection – appear to have remained silent despite the IMF’s actions clearly harming children and families in both countries. We should expect more from them, as should Kyrgyzstan and Mongolia, both of which should be able to look to the UN to protect them from outside threats.

A recent IMF internal evaluation criticised the institution for its simplistic understanding of social protection and its reliance on the World Bank for technical advice. Yet, the IMF appears to be ignoring the lessons from its own evaluation and continues to impose damaging social protection policies on low and middle-income countries, based on a 19th Century Poor Relief model. When will the IMF learn that, ‘Benefits for the poor are poor quality benefits?’ Surely, this simple message is not too hard to understand. 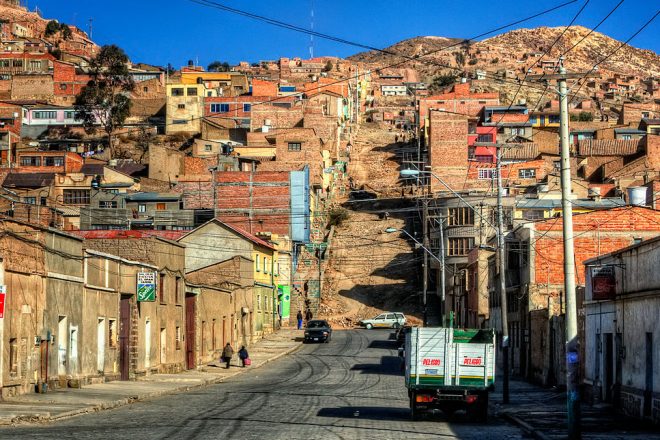 Is Latin America Transitioning from Poor Relief cash transfers to a More Progressive and Inclusive Vision of Social Security?

Means-testing the UK’s Winter Fuel Allowance: how does this contribute to our understanding of the political economy of social security?

The UK’s Labour Party has recently responded to the Conservative – or in theory, Coalition – government’s attacks on the social security system by trying to prove they can be even tougher. To prove it, they’ve decided to go after one of the UK’s few remaining inclusive benefits and subject...

From Turkey to Brazil, the middle-class are out on the streets protesting. In a thought-provoking article, Francis Fukuyama argues that the cause of these protests is a growing middle class with aspirations that are not being realised. As he notes: “Newly arrived members of the middle-class are more likely to be...