Home » Blog » Social security as investment: Thoughts on its con…

The main purpose of social security is to reduce poverty and strengthen the resilience of poor and vulnerable families through transfers that increase incomes. Yet, this comes at a cost, which is usually financed either through taxation or via contributions from individuals. While there are schools of thought that believe these costs can impact negatively on growth, in developed countries it has been accepted for decades that investment in social security – which averages 14% of GDP in OECD countries – is complementary to successful economic growth strategies. Indeed, those countries with the highest investments in social security – such as the Nordic countries and Germany – tend to be among the most successful economies.

It is increasingly recognised in developing countries that a secondary impact of well-designed social security is a positive impact on economic growth – social security as investment in the economy. There are a number of pathways through which social security can contribute to economic growth, and I’ll describe these below by looking at three different levels of impact: the household, the local economy and national level.

At the household level, families often use social security transfers to help them invest in income generating activities. The knowledge that the basic consumption of their family is secure builds their confidence to invest, while also providing them with investment capital and a greater ability to access credit. Some families invest in higher risk and higher return activities. In a crisis, if families receive regular transfers they are less likely to sell their assets and can, therefore, recover their productive capacity more quickly. Having access to regular cash support can help people access employment by, for example, subsidising the costs they incur in taking work. This is particularly important for people with disabilities who experience additional costs in accessing work. Often, older people in receipt of transfers can take on childcare responsibilities enabling younger women to remain in the labour force.

Importantly, social security transfers enable families to build the human capital of their children by improving nutrition, helping them attend school and perform better, and by covering the costs of health care. In the long-term, this improves the quality of a country’s labour force, which should be good for business.

In the local economy, providing cash to poor and vulnerable families – if there are sufficient beneficiaries – increases consumption and stimulates local economic activity. This can include benefiting non-recipients who often sell their products and services to recipients of transfers. Workfare programs can be used to construct and maintain assets that facilitate local economic activity, although the value of such assets may well be limited if funds are not set aside for their maintenance.

At the national level, well-designed social security can build social cohesion, which is important for the business environment and can encourage greater foreign direct investment. Indeed, social security is often used to facilitate macro-economic reforms by compensating losers and reducing social conflict. Social security – in particular unemployment schemes – is also essential if countries want to build a flexible labour market. If transfers are large enough, the aggregate increased demand can provide a macro-stimulus to the economy. Contributory pension schemes can offer an important source of investment funds.

Of course, poorly designed social security can impede growth. Schemes that try to select only poor people can create perverse incentives and encourage people to remain poor or not to save, which not only harms families, but also the economy. Furthermore, the impact of social security will depend on the level of investment. Schemes that are small and/or focused on only a limited proportion of the population are unlikely to generate significant demand and consumption. And, while social security can be a major factor in reducing inequality – which should be good for economic growth – this will only happen if investment is sufficiently high.

So, as developing countries decide whether or not to invest significant funds in social security, they should not regard this investment only as a cost. Instead, they need to recognise that it will also boost their economies while strengthening their labour force.  If anyone is interested at looking at this in more detail, I recommend reading a good World Bank review of the evidence by Alderman and Yemstov (2012). You may be surprised by how much evidence is out there.

Uganda has been piloting two social protection schemes over the last few years, under its Expanding Social Protection (ESP) Programme. This is a 5-year government programme, supported by DFID and Irish AID. The pilot schemes are intended to gather evidence on impacts of cash transfers as a means of informing... 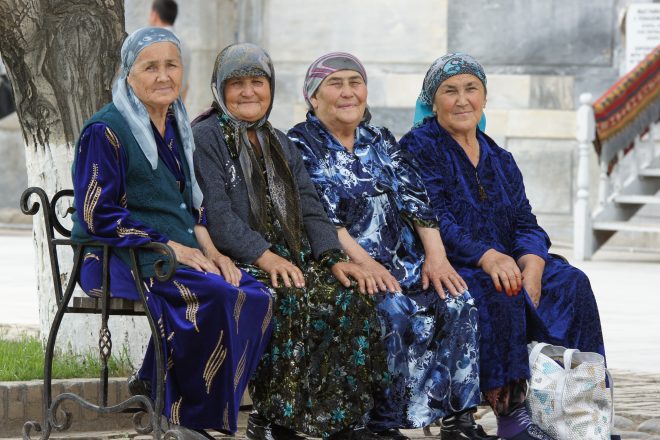 It is an article of faith among neoliberals that developing countries can afford to invest very little in social security. For example, in its Social Protection Strategy for Africa, the World Bank questions the fiscal affordability of universal pensions of southern Africa despite their relatively small budgets of between 0.5%...

In May 2015, Georgia introduced a major change to its social security system, establishing a child benefit for the poorest 35% of children aged up to 16 years of age nationwide, around 260,000 in total. Georgia already leads the way among developing countries with regard to tax-financed social security, investing...