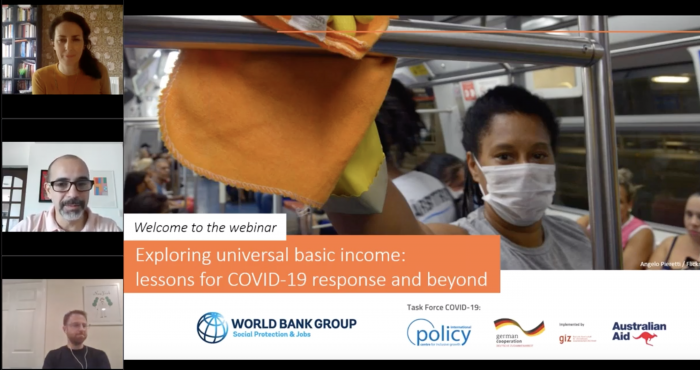 Anh Tran offers some reflections on a recent SocialProtection.org webinar: Exploring universal basic income: lessons for COVID-19 response and beyond.

The COVID-19 pandemic has triggered a global health and economic crisis. As countries across the world implement measures on social distancing, social and economic lives are being rapidly disrupted. While unemployment rates have risen steeply across higher income countries – with a record 6.6 million people filing as unemployed in the last week alone in the United States – the crisis will have even greater impacts on the lives of those in lower- and middle-income countries, where the majority live on low incomes and many workers are active in insecure or informal forms of work.

Social.protection.org organised a webinar on 31 March called “Exploring universal basic income: Lessons for COVID-19 response and beyond’, which highlighted that this crisis, which is affecting everyone, calls for a universal response. Ugo Gentilini (World Bank) presented options for a Universal Basic Income (UBI) – a regular, predictable monthly income transfer to all citizens – to act as an emergency response, followed by a discussion moderated by Fábio Veras Soares (IPC-IG) with Francesca Bastagli (ODI) as the main discussant.

The central question raised by the presenters was the role of UBI as an emergency response, in the context of COVID-19. They considered its potential to form a foundation for a social security system that can scale up transfers rapidly during a crisis. A number of key messages stood out for me, and I wanted to offer a few reflections:

Social security has already proven its importance in response to COVID-19.

Gentilini pointed out that 84 countries have significantly scaled up spending on income transfers, either by scaling up existing programmes or introducing new ones. However, the scale at which countries have responded to this crisis has been unequal, as only a limited number of countries in Sub-Saharan Africa and no low-income countries have so far triggered emergency responses.

UBIs are core, tax-financed programmes that should be distinguished from ‘helicopter money’.

The latter is financed by the increase in money circulation through central banks which is, in fact, printing money that doesn’t exist. In contrast, a UBI is financed through core taxation, with a potential of strengthening the social contract by providing a minimum income as an assertion of citizenship. UBIs may, therefore, as Gentilini stated, act as a catalyst for change and address pre-existing structural gaps.

Universal programmes are better placed to respond to a shock than narrowly targeted poverty relief programmes.

Bastagli highlighted that an effective emergency response requires the infrastructure in place to deliver an emergency response to the whole population. In fact, she emphasised that any emergency response should avoid risking exclusion. Even if countries choose to implement a UBI, the design process should take into account those commonly left out of systems such as undocumented persons and migrant workers. Poverty-targeted programmes have limited scope for emergency response due to their limited coverage. Gentilini discussed his take on the relative downside of a UBI in comparison to poverty-targeted schemes: that a universal flat-rate transfer does not prioritise the needs of the most vulnerable, and therefore has limitations for poverty reduction.

Where should a UBI be placed in the broader social security system?

The role of a UBI in the social security system needs to be reviewed with caution. In fact, critics of UBIs have highlighted potential risks that such a policy can actually reduce the role of the government in providing essential public services and promote reliance on the private sector for decent work, education and health services. For example, when income from a UBI is regarded as a subsidy to wages, and employers are no longer obliged to meet minimum wage and decent work standards, this can have adverse effects on vulnerability, and perpetuate informal and invisible forms of work, including unpaid care and domestic work that is predominantly undertaken by women.

In Gentilini’s take on the relative downsides of a UBI as a tool for poverty reduction, he misses an important point. The benefit of universal policies is that they strengthen the social contract and, in doing so, can encourage higher levels of taxation and higher levels of redistribution, which ultimately benefit citizens living on low incomes. In reality, universal schemes are the most effective way to meet the needs of the most vulnerable. Besides, one thing that the COVID crisis has taught us is that we are all vulnerable after all.

The last question may be the most relevant one to consider when assessing the role of a UBI in response to the COVID-19 pandemic and other crises to come. As the world is facing significant challenges in addressing income insecurities, a UBI can achieve universal registration of citizens which enables systems to respond more rapidly to future shocks and act as an economic stabiliser. However, even with a UBI, citizens should have access to social security schemes that address lifecycle contingencies, including support to meet basic health and education needs of children, support for persons with disabilities to access a minimum income and cover additional costs, and pensions for older citizens, who retire from the labour force. The introduction of a UBI should never result in the withdrawal of citizens’ entitlements to other forms of social security, comprehensive labour rights and essential public services.

Pathways’ Perspectives: What has the Covid-19 crisis taught us about social protection?

Criticism in the UK media that the Government is exporting a welfare system for the poor to developing countries through financing cash transfer schemes should not be dismissed out of hand, claims Stephen Kidd, CEO of Development Pathways, in a new blog published by Oxfam.

14th August: An IMF paper has backed universal basic income as a better way of supporting low-income households than existing safety net programmes when these are “inefficient”. The paper, using... 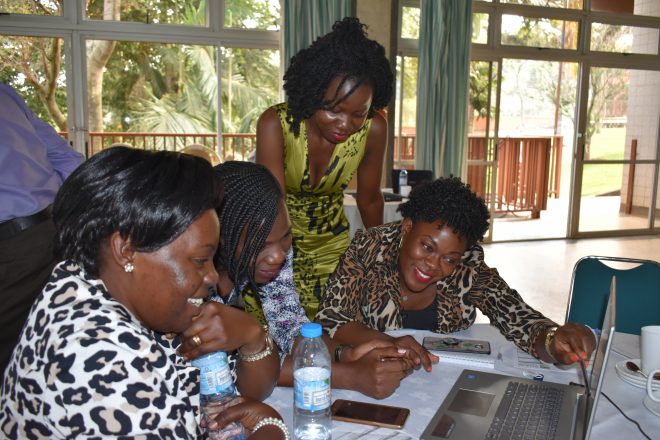 In the search for a training course to make the case for inclusive social protection systems?